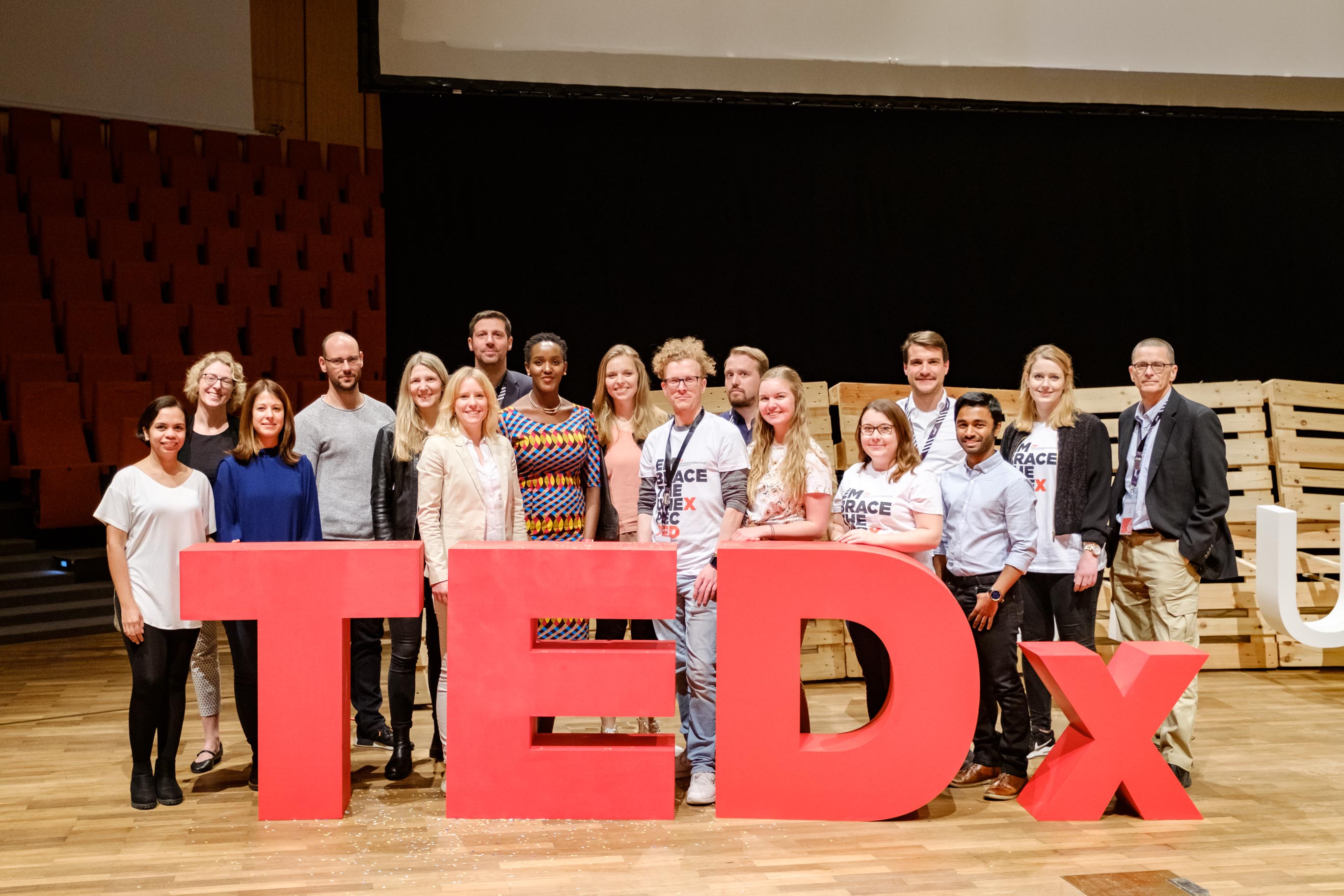 „Embrace the unexpected“ is not just a theme, it is an attitude.

It is to look courageously and curiously towards the future and confidently embrace the manifold challenges of our time. To understand the new and unexpected as a learning opportunity for progress and not as a source of uncertainty. Such an attitude is needed in a rapidly changing world, now more than ever.

Each of our thirteen speakers relate to different kinds of unexpected challenges and tell us how to embrace them. 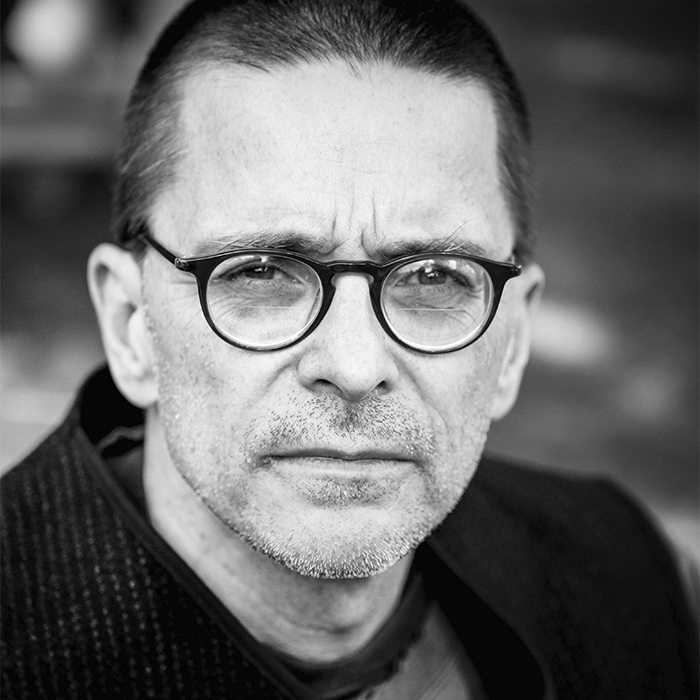 Radical feminism is a gift to men

Robert Jensen, Emeritus Professor in the School of Journalism at the University of Texas in Austin, author, founding board member of the Third Coast Activist Resource Center, and part of the team developing Ecosphere Studies at The Land Institute in Salina, challenges the common belief in this talk, that feminism is a threat to men. There are arguments from both justice and self-interest to present to men when explaining the radical feminist position, especially in the context of a critique of the sexual-exploitation industries (prostitution, pornography, stripping).

In his talk, Jensen will reflect on his own experiences with (radical) feminism and the role of that feminism in making possible a richer, more meaningful life. 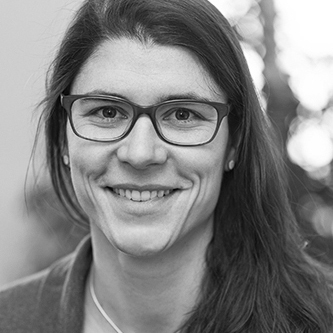 Changing riverscapes – bringing nature back to our local river

Nadine Gerner holds a diploma in biology from the University of Frankfurt and is specialized in freshwater biology and ecotoxicology and received her PhD from the Helmholtz Centre for Environmental Research (UFZ) in Leipzig.

Gerner will talk about the benefits of restoring rivers, after they have been misused as a network of open waste waterways as it was done in the Ruhr area during coal mining. Yet, she also talks about new uncertainties and challenges like climate change. She argues that we need to adapt to new requirements, as we did in the past. This time, however, we will need to do it with nature, not against it. 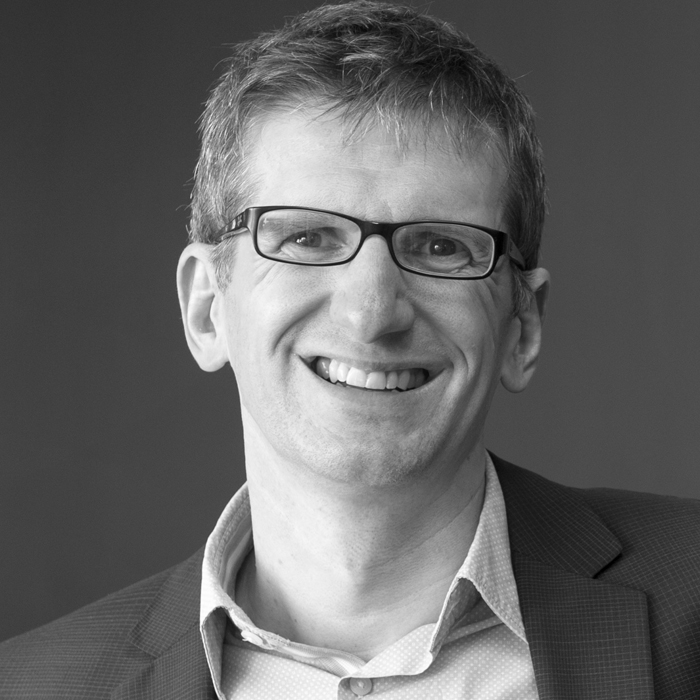 How to deal with unknown threats – The story of hardware Trojans

He will not only give examples on how evolutions are used for the better, namely in securing smart cars, but also how they can be used to pose a threat via malicious manipulations of the hardware. 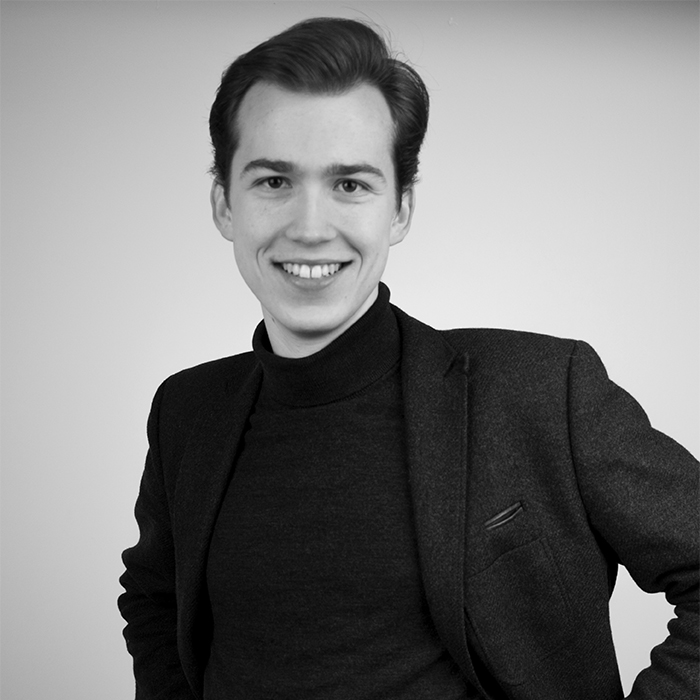 Let‘s apply the startup mindset to our biggest challenges

Philipp von der Wippel, co-founder and managing director of the social enterprise ProjectTogether, which he launched at the age of 16, underlines the importance of embracing constant uncertainty and applying a startup mindset to the biggest social and ecological challenges of our time.

Based on the great success of ProjectTogether – a social impact incubator – Philipp will draw the big picture of how a new generation of entrepreneurs really can redefine public policy making and how a shift of values makes it profitable for businesses to integrate social innovation in their core strategy. 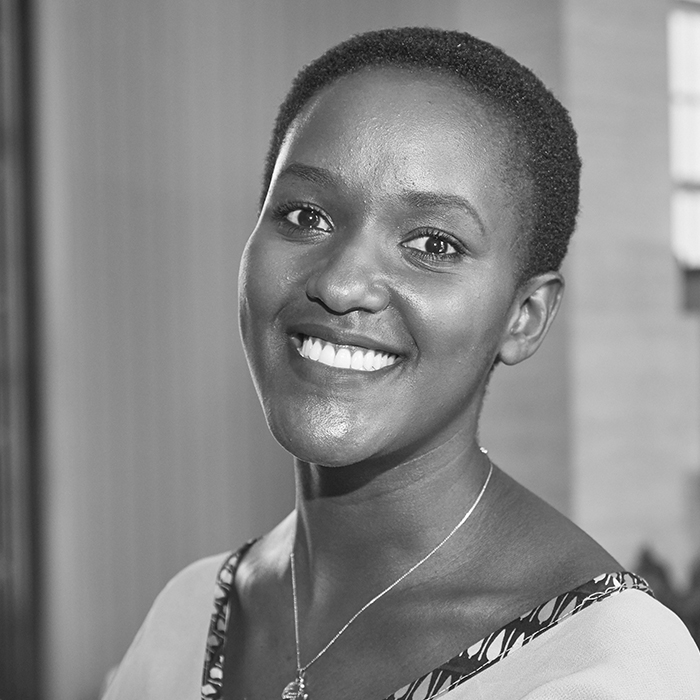 How unemployment became the ruby in my life

Tabitha Sindani, a doctoral researcher in Business Studies at Roehampton University Business School London, who is researching on policy and rural female entrepreneurship in sub-Saharan Africa, will explore her own experiences as a young woman going through a difficult period in life, while hiding behind the perfect façade of social media.

Her mission is to empower women and girls to defy the culturally embedded status quo about their role and place in society, by embracing the unexpected turns and twists that life brings.

Can men also have a pussy?

Jayrôme C. Robinet, writer, translator, spoken word performer and writing coach based in Berlin, used to live as a white French woman. When he moved to Berlin, started testosterone and grew a dark beard, he experienced changes not only regarding his identity but in the behavior of people towards him.

In his talk he will compare how he was treated as a man in contrast to how he was treated as a woman, and he will explore what it means, if not only one’s gender changes but apparently also one’s ethnicity and age. Robinet´s goal is to contribute to a better understanding of social role models and assumptions in order to build a world where all identities have the liberty to develop themselves fully. 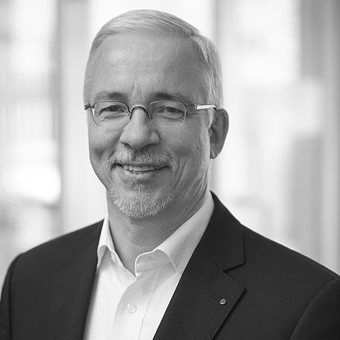 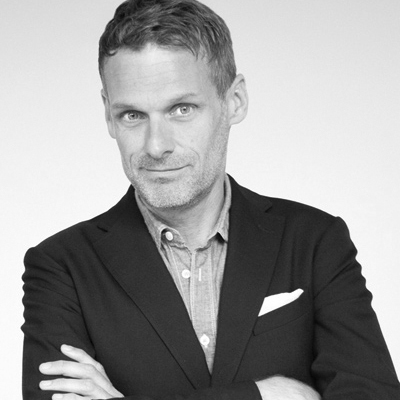 The story of tactilography: how the visually impaired improve early breast cancer detection

Frank Hoffmann is the founder and CEO of Discovering Hands, an innovative German social business, which trains visually impaired people as Medical Tactile Examiners (METs). METs perform tactile examinations of the breast in medical offices and hospitals with significantly increased sensitivity, which improves the quality of breast cancer screening.

Rüdiger Goetz has been managing the unit KW43 BRANDDESIGN since 2005. His professional passion is not just in managing and designing brands, but for the people, stories and entrepreneurial energy behind each company. He is convinced that effective branding can only come through admiration and respect for the entrepreneurial core of a business. In their joint talk they will explain how to turn a good idea into an even better social enterprise. 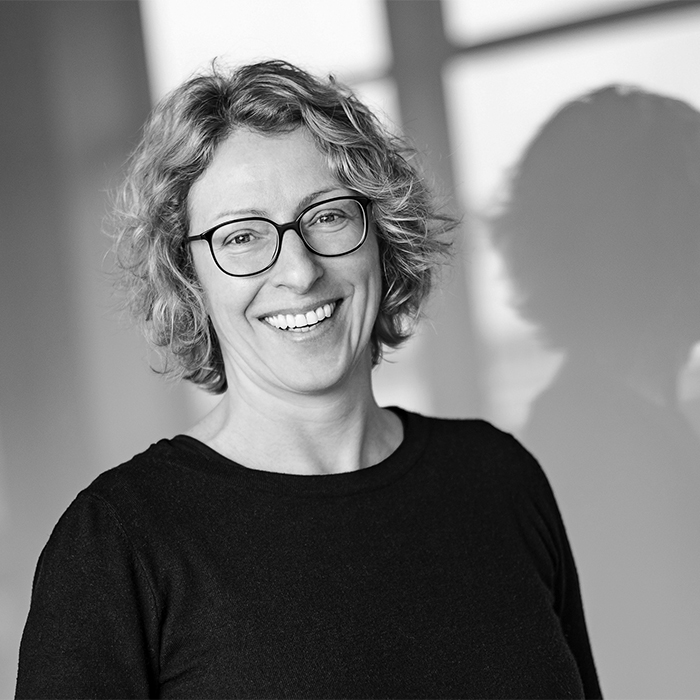 To err is human – and can promote learning

Nikol Rummel, Full Professor of Educational Psychology in the Institute of Educational Research at Ruhr-Universität Bochum and Adjunct Professor in the Human-Computer Interaction Institute at Carnegie Mellon University, Pittsburgh, will shine a new light on failure in her talk and will focus on its productivity for learning. She argues that struggling can help activate relevant prior knowledge and allows us to gain a deeper understanding of a problem, and can thus prepare us for learning more successfully from subsequent instruction.

The talk offers insights that might be relevant to both students and instructors in embracing the unexpected and leveraging failure to learn better. 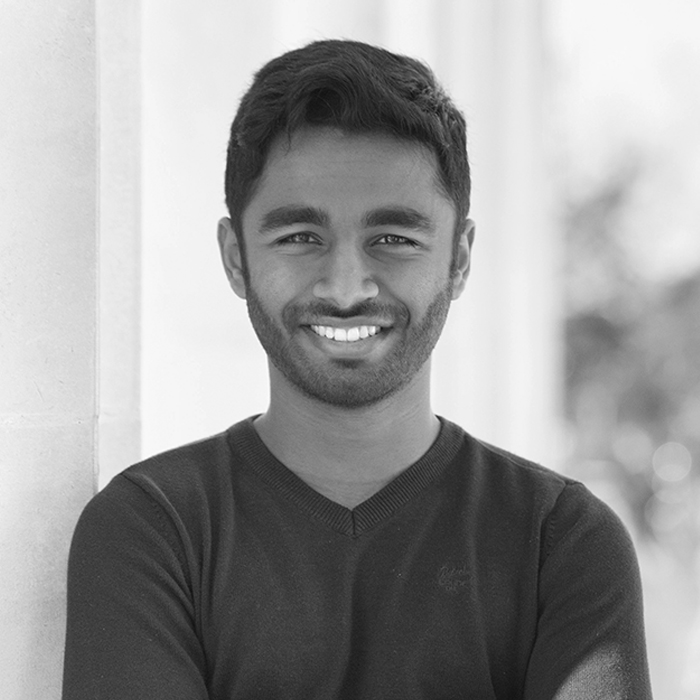 Unlocking the potential of diversity in education

Sagithjan Surendra, child of two Sri Lankan refugees, author and founder of the NGO “Aelius Förderwerk e.V.”, which supports young children and students from non-academic backgrounds, will investigate (the lack of) equality in education even in a progressive and democratic country such as Germany. Surendra will tell his personal story and why he saw, at the age of 19, the need to found his NGO.

He challenges us to imagine a world where everybody – no matter the social and financial circumstances – can embrace their full potential. In the process he spells out the characteristics of an education system that teaches to our individual needs instead of promoting academic excellence as the ultimate goal. 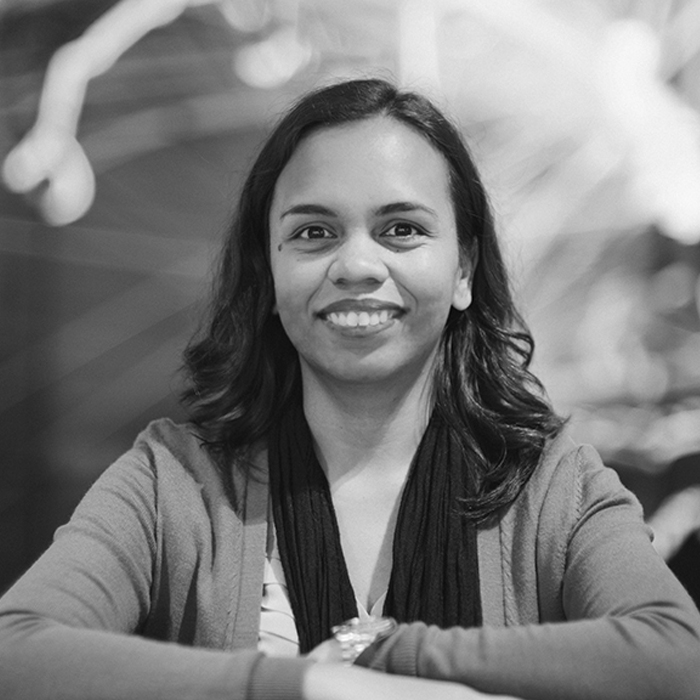 Generating Innovations from the most unlikely Places

Aisa Mijeno, a faculty member of Engineering and the Innovation Labs Director of De La Salle University – Lipa and member of Greenpeace Philippines, will talk about the evolution of entrepreneurial ideas in the Philippines, a country where 25% of the population live below the poverty line and a place which was struck by various natural disasters. In her talk she will explore the reasons for this undying entrepreneurial spirit and shed a light on a number of successful social enterprises, not leaving out SALt, the social enterprise based in the Philippines she founded herself and which focuses on replacing the kerosene lantern as the main source of lighting by a sustainable, ecologically designed, metal-air based lantern that is activated by the most abundant natural resource, saltwater. 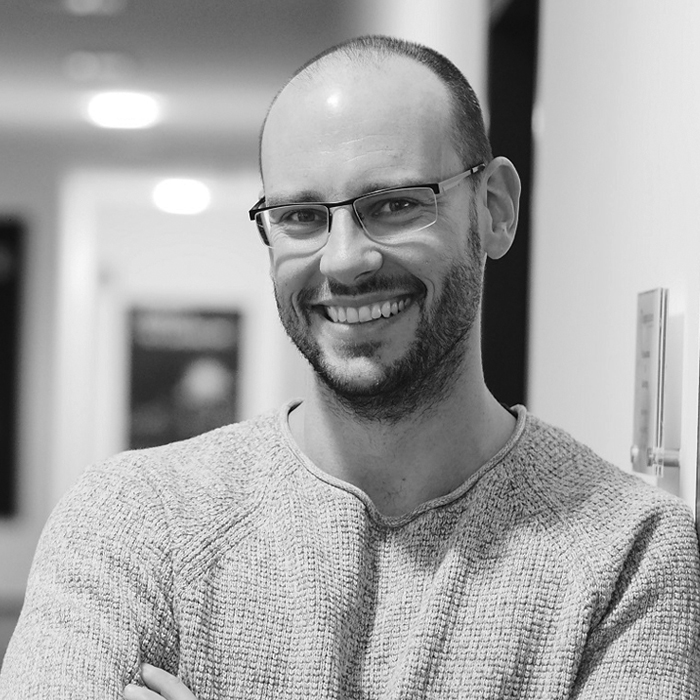 Manuel Pistner, freelancer in software development and founder of the digital agency Bright Solutions, has made it his mission to free companies from local bottlenecks and the war of talent through virtual teams.

His talk is about a journey into re-thinking everything about the classical work structure and finding a better way to create a transparent, global, modern and non-hierarchical company with people who care about the job they do and do it in a way that’s convenient for them and without limiting themselves or the organization to the barriers of time and geography using virtual organizations as the key to solving these problems. 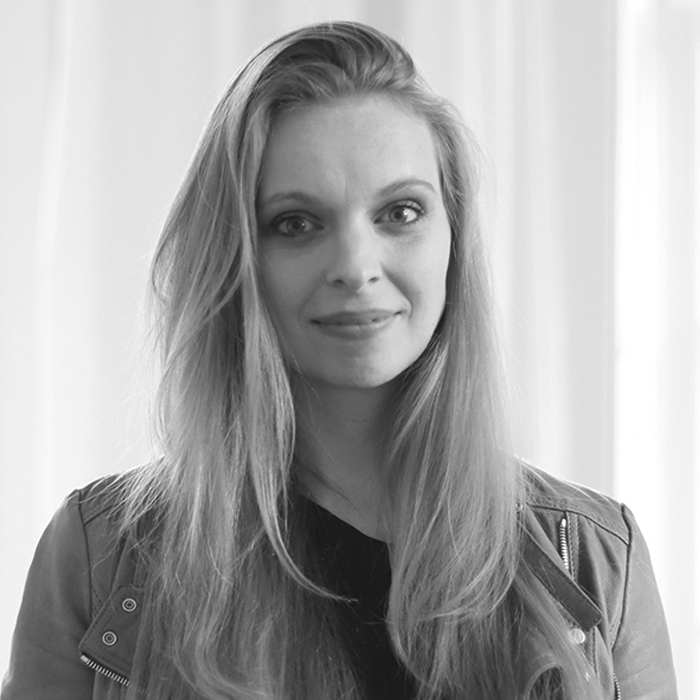 Say YES to your inner rollercoaster – it‘s worth it

Astrid Schrader, former Youth Delegate to the United Nations, former management consultant turned entrepreneur, and founder of The Arc, will suggest answers to some of the most asked questions regarding work life in her talk.

How do we find, create or rediscover work that is good, that excites us and fulfills us at the same time? Work that allows us to set out boldly? She argues that if we want to have meaningful impact, we can’t numb ourselves or hide behind expectations. Instead we have to acknowledge and face our own inner rollercoaster.